Live a Life That They Desire

Make your dreams of launching a successful challenge event

with less stress and burden on you.

If you are a Christian course creator, coach, or CEO who’s done a challenge event launch for the first time or 5th time, you know that you have to prepare weeks (or even months) before the “big day”.

You need to talk to the team members involved and delegate all the tasks they need to do.

You need to do the launch plan and set it in your project management tool and make sure that all the tasks are set properly.

You need to make sure that the copy, funnels, Fb Ads, and your scripts for your presentation are all set.

I know many solopreneurs started this way.

But as we grow as the CEO of the company, we realize that our TIME is best spent if we will stick as a VISIONARY and not being the “Chief-Everything-Officer” at the same time.

Because managing all pieces in your business is so TIME CONSUMING.

What stops most people is, they don’t have

Their CEO is not showing up powerfully because he is sooo tired to be the “Chief-Everything-Officer” and the reason why he’s overwhelmed and burned out, because he doesn't have the right systems for scale.

And because of that, it’s hard to have enough head space to attract A-players on his business.

Because the truth is, your business is like a healthy tree.

Just like the tree, in order to be healthy, they need 3 different components that are strong.

1.Root - Strategy. Your strategy should be deep in order for it to suck up nutrients and sales that are possible.

2.Trunk - Once we have the simple strategy in place, then you can actually start creating Scalable Systems on how to track the growth and will allow you to grow higher.

3.Branches - Scale fast with A-players. Which will allow you to bear fruits and produce more.

And as you can see, each part co-relates to one another and the same thing with your business.

You need a simple strategy, scalable system, and an A-players team to ultimately scale fast.

After working with different 6-figure Christian Coaches and Ceo’s…

We figured out a new and exciting way to scale past 6-figures & regain time freedom as a CEO.

Here's how we help our partner clients…

We do this by using the “3-Step Scale FAST Method”

Common myth I found here is, most business owner's think that they have a marketing problem, whereas in reality, they have a strategy problem.

Your strategy should be as easy as ABC.

I mean, It’s hard to scale a complicated strategy with lots of moving pieces.

ABC Strategy allows you to systemize with ease and empower the winning team at the same time.

To illustrate this, let's say for example the fire.

We know that in order for a fire to be healthy, to get the oxygen needed, you need to stack the wood in order and build the right foundation before you just pile more wood into the fire. That can actually stop the fire if you do that.

In the same way with your business.

Whereas where you get the right foundation in place, the business can breath.

And same with your business and marketing.

That’s why we want to install a simple ABC Strategy.

Common myth I found here is, most entrepreneurs think they have an SOP Problem. They think that they have to build these long detailed documents.

And in my experience, that isn't the case.

For most entrepreneurs, they have a capacity problem.

Without Scalable Systems, you'll always be stuck in the weeds, unable to build a business bigger than you.

Meaning, they are just a few things that we need to focus on and free up in their business so that they can reinvest their time in growth.

What we can do is to know what's pressing right now and remove you from those pressing activities, you'll have the ability to drive growth.

The goal is we must replace you as the driver for actions and decisions with systems. Anyone with good decision making skills can make a wise decision for your business because we have a system in place.

Once you have these 2 fundamentals above, it’s time to attract A-Players for us to scale FASTER.

Common myth I find here is, everybody thinks they have an industry problem when it comes to hiring.

They think that there's no good people to be found in my industry.

Everyone says that, but it's not true my friend.

The reality is, you have an environmental problem.

Which means, you don't truly know how to attract and retain A-players.

and a great example of that is in the NBA right, all A-players want to be part of a winning team and winning environment.

When you have that environment in place, it's so easy to  attract and recruit true winners.

The biggest time and money cost you'll ever endure in your business is a bad hire.

But the reality is, once we have as simple as ABC Strategy & Ascending systems installed, it's so much easier to attract, hire and retain an A-player team.

We manage the scaling for you so you can
focus on enrolling your customers/clients and serve them.

I don’t want to rush you because we can only work with 3 clients at a time.

But we used to have a client that is spending long hours a day trying to figure out how to scale.

And it’s costing them a lot of their time, energy and capacity as a CEO.

That means they’re losing money too.

We applied the “3-Step Scale FAST Method”, and just 2 months in... we noticed we’re more profitable WITHOUT adding more work for the CEO.

And it gets even better because sales are getting bigger and BIGGER as we optimize and scale the system.

“She goes far beyond any tasks that are assigned to her. We actually ended up doing over 6-Figures in this event. Without her, I just know that our results would have been different and we would have so much more stress.”

Here’s the big picture of how it works...

A Christian Coach, Consultant and an Online Business Manager for course creators and training providers since 2016.

My team and I will be working to personally help install a simple strategy that is easy to follow, the right system setup for scale, and hire an A-player team for them to scale faster.

The goal is to help them dominate their market…

Build authority in their industry…

And scale their business like what we’ve done with our previous clients that reached 6 and 7-figures (while helping hundreds, even thousands of people in the process).

It's completely DONE FOR YOU…

We will review your current strategy…

We will spot key leverage points to accelerate our growth in your own Strategy, System, and Team…

We will provide a custom plan to scale by identifying the bottlenecks that need to be fixed and the exact right actions to take next...

… so you can focus on enrolling clients and serving them. 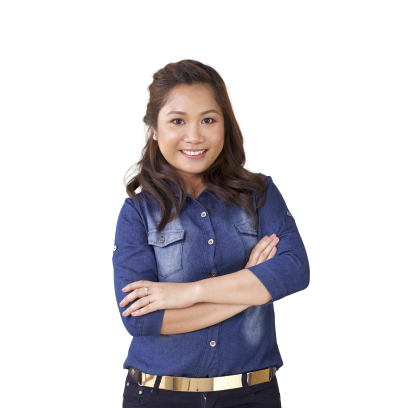 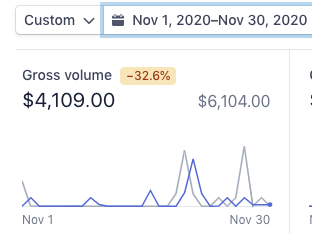 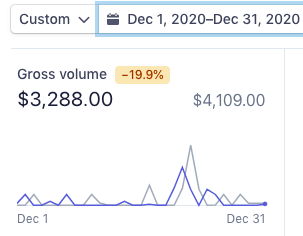 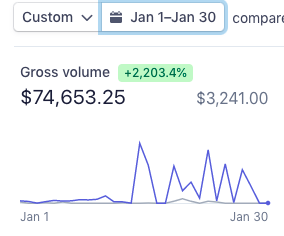 “As an entrepreneur we really need help. From people to help us grow our businesses and one of those people that has help me a lot who is Marife Rosas. She's been managing my projects. Make sure that we are hitting all at KPI's. Make sure that all our projects are running smoothly. Again if you're looking for someone to help you out just check out Marife Rosas work.”

She was able to help us do $60,000 in additional revenue in that event.
And since then, she got my systems in order, she's got my people in order, and she keeps me on track. She is an absolute blessing on our team and to our organization, the clients, the team,

“If you are considering working with her, she is absolutely phenomenal. She was able to help us do $60,000 in additional revenue in that event.
And since then, she got my systems in order, she's got my people in order, and she keeps me on track.

She does a phenomenal job of getting the vision that God has given me and put it on the systems that work and gets results for our business and our clients.

So I never thought that being here in the United States and working with someone in the Philippines will be able to produce this good system and organization but I'm more than pleasantly surprised to find that Marife has exceeded my expectations and regularly goes above and beyond for our business especially when we've had events, I know she has really gone the extra mile and I can't thank her enough.

She is an absolute blessing on our team and to our organization, the clients, the team, she got a great communication skill, I highly recommend Marife Rosas if you are considering a new Online Business Manager for you and your team.”

Still on the fence?

Are you still not convinced that working with me is the absolute best solution for scaling your business?

Then, let me tell you this…

What you’re doing now in your business (being the Chief-Everything-Officer) overwhelms you.

In fact, that’s the very thing that keeps you from growing your business.

If you want to create a massive impact in the Kingdom of God and help more people do things with deeper purpose, stop wasting your time and resources…

Make smart INVESTMENTS on things you’re more in control of.

Every effort has been made to accurately represent this product and its potential.There is no guarantee that you will earn any money using the techniques and ideas in these materials. Examples in these materials are not to be interpreted as a promise or guarantee of earnings. Earning potential is entirely dependent on the person using our product, ideas and techniques. We do not position this product as a “get rich scheme.”Your level of success in attaining the results claimed in our materials depends on the time you devote to the program, ideas and techniques mentioned, your finances, knowledge and various skills. Since these factors differ according to individuals, we cannot guarantee your success or income level. Nor are we responsible for any of your actions.Materials in our product and our website may contain information that includes or is based upon forward-looking statements within the meaning of the securities litigation reform act of 1995. Forward-looking statements give our expectations or forecasts of future events. You can identify these statements by the fact that they do not relate strictly to historical or current facts. They use words such as “anticipate,” “estimate,” “expect,” “project,” “intend,” “plan,” “believe,” and other words and terms of similar meaning in connection with a description of potential earnings or financial performance.Any and all forward looking statements here or on any of our sales material are intended to express our opinion of earnings potential. Many factors will be important in determining your actual results and no guarantees are made that you will achieve results similar to ours or anybody else’s, in fact no guarantees are made that you will achieve any results from our ideas and techniques in our material.